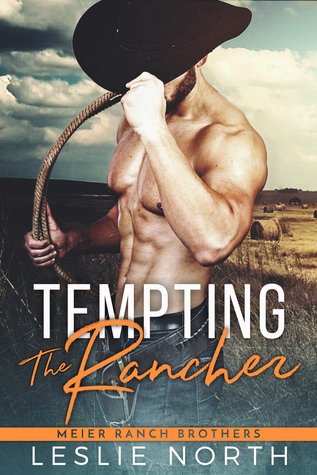 
Texas rancher Nathaniel Meier always puts his responsibilities first. With his father dead, his brothers away, and his mother off “finding herself,” it’s Nat who runs their sprawling ranch. But with cattle to sell and the bank breathing down his neck, he needs all the help he can get, even when that help comes from the last person he ever expected to see again — his childhood sweetheart January Rose.

Free-spirited January always dreamed of traveling the world. The moment she turned eighteen, she left Close Call, Texas behind and barely looked back. So now that she’s home, she intends to stay only long enough to earn some cash and get back on the road. But when she comes face to face with Nat Meier, she quickly realizes the boy she left behind is now all man.

Even for a nomad like January, wanderlust sometimes gets lonely, and Nat is the one person who’s called to her, even after a decade apart. But for a man ruled by responsibility and a woman whose suitcase is her home, the future is uncertain. And the closer they get, the more Nat worries he’s going to get burned… again. 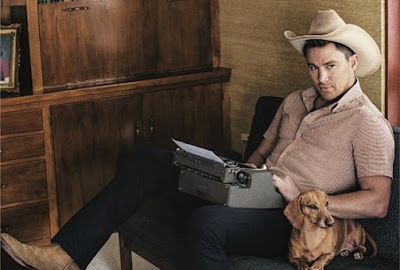 This image gave me the initial thought for Tempting the Rancher! A sexy cowboy who also writes! I thought Channing looks a bit secretive and cheeky, and that gave me the idea for Nat and his undisclosed writing position.

I don’t believe the themes in any of my books are hidden, but there are two main ones throughout Tempting the Rancher.
Secrets: Secrets keep people from living the life they were meant to live.
Authentic Self: Nat is not living his authentic life. January always seemed, to almost everyone, to be an inauthentic person. Nat knew the real person underneath—he just didn’t realize it for all of those years ago. She was a hummingbird: hard to catch and easy to damage. Mona is living her authentic life. This is what he most admires about her, and the node of connection between mother and daughter will bring about some peace and understanding.
3) Are any of the characters based on real people you know?

Nat Meier was based a little on Channing Tatum, although I’ve never met him in real life! Nat has that physical body, a tough hardened exterior, but then a sweet, fun and loving center.

Jane Austen, Zelda Fitzgerald, Charlotte Brontë, Margaret Mitchell, Nicholas Sparks and Julie Garwood. They are all fantastic writers and have had a big influence on my decision to write what I know. With the exception of Nicholas Sparks, they are also all strong independent women who forged their own paths.

Mr Darcy from Pride and Prejudice, because I have a childhood crush on him I can’t shake!

Dmitry Karev from Her Ruthless Russian. I’d love to meet all the characters from my books, but Dmitry stands out. His sexy Russian accent, tough muscly exterior, those seriously skilled hands, and he owns a bookstore! I think there is a lot we could talk about.

We’d play Twister, of course, haha! I’d serve cocktails, and tea for Mr. Darcy. It would be a truly unforgettable evening.

The truth of the matter is she loves her fictional persona, Leslie North, more than her normal, day-to-day persona! Her bestselling books focus on strong characters and particularly women who aren’t afraid to challenge an alpha male. Inspired after years of travel, her stories are set all over the world, from the tough streets of Russia to the beautiful beaches of the middle east.

Leslie fell in love with romance when she first picked up a scrappy, dog-eared romance book from her local library. She began writing soon after and the rest, as they say, was history. She now lives in a cozy cottage on the British coast and enjoys taking long walks with her two Dalmatians, George and Fergie.