REVIEW of "Vinny the Fox has PTSD (What Mental Disorder?, #3)" by Jessie Shepherd

Once again, I read a book on a topic that I knew little about – in this case, Post-Traumatic Stress Disorder – and received quite a lot of factual information in an easy to understand and absorb manner.

I really enjoyed the minimalist drawings, with the use of real photos as background.  That made the situations seem truer, but focused your attention on the character instead of the setting.  I was particularly impressed with the fact that the book also addressed the strengths that people with this disorder can have, especially when so many books about those with disabilities focus only on the negative.

I did think, however, that perhaps this book glossed over some of the more serious negative consequences of PTSD.  Whenever I’ve heard about it, it has often been due to severe cases, where the person exhibited excessive violence.  The book kind of made it seem more like people with PTSD are just anxious and cranky.
I definitely recommend this book though, especially for anyone looking to find a clear and concise way to learn begin learning about this disorder.  It certainly can be considered appropriate for both children and adults.

I hope the author continues this series.  I look forward to reading and learning more about other disorders as well. 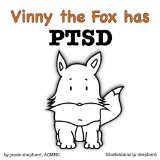 I received a copy of this book free from BlueFox Press as part of a promotion.
Posted by Jen Lapa at 8:45 PM No comments:

I wanted to preview this book for my son. He is into all kinds of monsters and paranormal stuff lately, so I thought he might like it. And perhaps he will; I, however, didn't really care for it. The story jumps around a lot, starting out with the brief mention of a character who never appears again throughout the story, then moving on to a big action scene. I'm sure the authors conceived of it as a way to grab the reader's attention and pull them into the story, but it just doesn't work very well for me.

After that scene, the story moves backward to some days before, and then is interspersed with remembrances of a tragic event months before that. The whole thing was rather confusing to me. I had a hard time figuring out who were the good guys and the bad guys in the story, and keeping track of who was on whose side and why. The plot just seemed overly complicated and convoluted.

And what's worse, the back-story was just so incredibly boring. I just kept waiting for something, anything, to happen. But nothing much does, until the final pages of the book when the action kind of goes overboard. 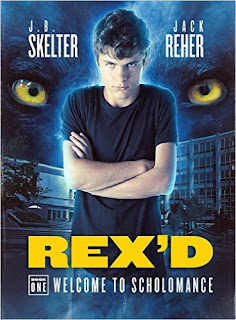 I received a digital copy of this book free from Curiosity Quills Press in exchange for an honest review.
Posted by Jen Lapa at 8:21 PM No comments:

REVIEW: Acne, Asthma, And Other Signs You Might Be Half Dragon by Rena Rocford


I received a digital copy of this book free from Curiosity Quills Press in exchange for an honest review.
Posted by Jen Lapa at 8:15 PM No comments: