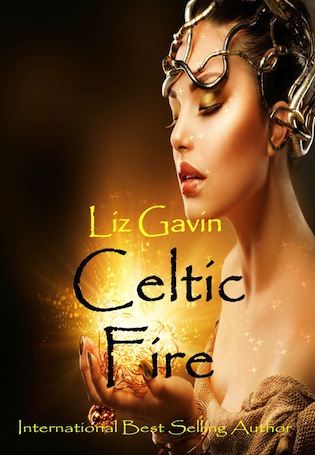 
This is a standalone, historical/paranormal romance. Its mature themes – violence, religious war, and pagan rituals – might not be appropriate for audiences under 18.

When ancient gods ruled and Druids kept Faith alive, the Celts thrived as a democratic, matriarchal society. Then savage Roman soldiers swept across Europe, killing and enslaving. The Celts did not succumb without a fight. Their Old Ways survived centuries of ruthless domain until another menace loomed: a tortured god worshiped in cold stone buildings. The sacred shores of Avalon began to drift away, the mists threatened to hide the island from mortal eyes forever.

Against the bleak backdrop of war, the gorgeous Scottish Highlands stood tall, sheltering its inhabitants from greedy invaders. Yet the reach of the eagle banners was long and the highlanders turned to the Goddess for protection. However, the sacred groves felt silent and grim as Avalon faded away. Once sad, pealing bells began to sound strangely comforting while the high walls of monasteries offered an alluring barrier from violence. Caught in the middle of this centuries-old war, a young High Priestess might be Avalon’s last chance.

Wise beyond her years and powerful like no other Priestess in her lifetime, Rowen had served the Goddess faithfully, forsaking her family and the company of her soulmate. When the Lady of the Lake asks for another sacrifice, it might be one too many for her scarred heart. How could she obey the Goddess without betraying Caddaric? Could she trust Eochaid, who embodied everything she despised and hated? Would she be able to fulfill her duties without losing her soul?

Caddaric had been Rowen’s companion in countless lives; but, now, they existed in different realms. Beautiful Rowen lived in the mortal world while sweet Caddaric remained in the sacred isle of Avalon, watching over her. Could he step aside to allow another man – a flesh and blood man – to become her protector?

Eochaid had sworn to protect the Old Ways. The rude warrior never quite understood his faith yet his loyal heart belonged to the Goddess. A gorgeous, fiery High Priestess was not in his plans. He would risk his life to protect Rowen; but, would the Goddess safeguard his heart? Could he defend the bewitching maiden from himself?

When stakes were so high that a simple mistake could cost their very world, a priestess, a Druid, and a warrior must learn to trust each other and the mysterious ways of the Goddess. Their success would save Avalon. Their failure would tear the island from the human realm forever, condemning it to oblivion.

Failure was not an option.

I read Mists of Avalon when it first came out in the 80s and fell totally in love with all things Celt-related. Since then, I’ve done extensive research about their culture and customs and basically have read and/or watched everything connected with Celts, druidism, and the like. In 2013, when I decided to try my hand at writing as an indie author, Celtic Fire was the first story I wrote. Granted, it was only the first chapter and solely from Rowen’s POV, but it was a start. I kept returning to this project through these years until I decided to enter NaNoWriMo last November and force myself to finish writing a story that is so close to my heart. I did and released Celtic Fire on January 31.

Hmm, great question. I don’t think I left any hidden themes intentionally, but I wouldn’t be surprised if people found things in the story that I haven’t. It’s happened before. LOL

Nope. Some traits, maybe. Eochaid has my sense of humor, for sure. Just as Rowen has my stubbornness.

Wow, that’s a tough one. I’ve been an avid reader ever since I learned how to read, so I can’t say solely one writer has been my influence. On Celtic Fire’s case, Marion Zimmer Bradley was my author-mentor, so to speak, since Mists of Avalon has had great impact on me when I read it, all those years ago.

Again, hard to choose because I’ve got such a HUGE library and I’ve fallen in love with so many different characters throughout the years. So, to keep it within the realm of Celtic Fire, if I could I’d have Arthur, Morgaine, and Lancelot over to play ‘Truth or Dare’ and I’d serve bread and mead. Maybe this way they could talk about their real feelings and patch things up without Merlin or Vivianne meddling.
Goodreads / Amazon
Grab it now for FREE!
From March 5th to 9th, 2017 only! 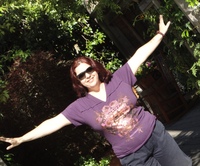 
International best-selling author Liz Gavin, has accomplished much in her short career. Her books have made to #1 and Top Five best-selling ranks in her home country Brazil and others as diverse as Japan, the UK and the US; both in English and Portuguese, collecting 5 and 4-star reviews. Nominated for a Summer Indie Book Award in 2016, and again in 2017, this RWA member constantly seeks new opportunities to improve her craft.

This thirst for knowledge propelled Liz to leave the comforts of family and friends in Brazil and move to California to pursue a Master’s degree in late 2015. She lives in sunny SoCal, where she’s researching the writing process, for her thesis, in hopes to figure out why she creates in English instead of her native Portuguese.

Liz Gavin writes in contemporary, paranormal, and historical genres. In her sexy stories, one finds smart, independent women, who don’t need rescuing by knights in shining armor, but indulge in steamy action with swoony Alpha males with big hearts. She also writes about women discovering their sexuality and finding happiness in unconventional setups. 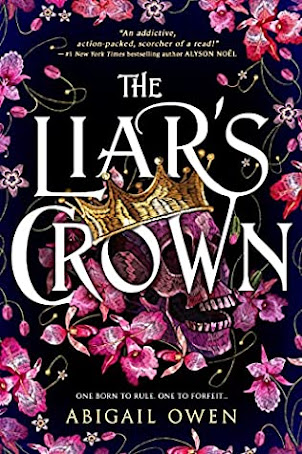 The Liar's Crown by Abigail Owen