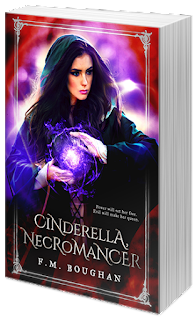 Darkness can only be controlled by those with the darkest of hearts.

Ellison lost her mother at an early age. Now, sixteen, her father has found love again. He’s happy and doesn’t quite notice that Ellison does not get along with his new wife or her vicious daughters.

When Ellison discovers a necromantic tome while traveling the secret passages of her father’s mansion, she wonders if it could be the key to her eventual freedom.

Until then, she must master her dark new power, even as her stepmother makes her a servant in her own home. And when her younger brother falls incurably ill, Ellison will do anything to ease his pain, including falling prey to her stepmother’s and stepsisters’ every whim and fancy.

Stumbling into a chance meeting with Prince William during a secret visit to her mother’s grave feels like a trick of fate when her stepmother refuses to allow Ellison to attend a palace festival where she might see him once more.

But what if Ellison could see the kind and handsome prince again? What if she could attend the festival? What if she could have everything she’s ever wanted and deserved by conjuring spirits to take revenge on her cruel stepmother? And what if she actually liked watching her stepmother suffer?

As Ellison’s power grows, she loses control over the evil spirits meant to do her bidding. And as they begin to exert their own power over Ellison, it becomes harder to tell whether it is she or her stepmother who is the true monster.

CINDERELLA NECROMANCER is CINDER meets ANNA DRESSED IN BLOOD and was inspired by a real medieval grimoire of necromancy from 15th-century Germany.

One year at Christmas, I received a copy of the book Magic in the Middle Ages, written by a professor at Northwestern University. One particular chapter in the book talks about the practice of black magic by the clergy in the 15th-century, which inspired me to track down the professor’s second book on the topic, Forbidden Magic.

That book contains a translation of a real grimoire from 15th-century Germany, and somehow between reading that and thinking about fairy tales—and how I wished that girls in fairy tales had a chance to fight back rather than wait to be rescued—my brain put these two things together and, well, here we are!

I wouldn’t say any of the themes are particularly hidden. I wrote the book with the aim to show how good can triumph over evil regardless of the circumstances—that there is always light in dark places—and that even people doing the wrong things for the right reasons can be forces for good. I don’t ever want to glamorize evil. My intention here, which I tried to make very clear, was to demonstrate how evil can be overcome when good people, no matter how flawed, stand up and fight back.

Not in this book! Well, unless you count Liesl’s love of sweets. I’m a dessert fiend. I’d eat it every day if I could, and I’m unabashed about my love for sugar. I mean, everything in moderation, but if there’s an element of anyone in these characters, it’s my unapologetic adoration for desserts as displayed by Ella’s friend Liesl. I mean, she attends the balls basically for the free food, and I’m not going to lie—99% of the time, that’s literally my reason for leaving the house and going to a social event.

I’ve had many influences, because I’ve tried to learn and study from as many people as possible (and still do). I think one of the biggest influences, however, has been Holly Lisle. She offered two “big” writing courses a number of years ago—How to Think Sideways and How to Revise Your Novel—and they were both indispensable resources for my growth as a writer. I still use many of her techniques, particularly in the early stages of preparing a draft.

You realize that this is an impossible question, right? It’s so hard to choose! So, let’s go with a combination of people who I’d love to watch interact with each other.

I’d serve popcorn and tiny cups of espresso, because I think it would be hilarious to watch the refined Poirot and Holmes munching on popcorn, and I’d love to see what happens when all three of those rather large egos get fully caffeinated.
I imagine Poirot and Holmes would argue about whodunit while playing Clue, and Katniss would just get frustrated with the endless bickering and either tell them off for their nonsense or have a nap and eat the rest of the popcorn while they weren’t looking. And then she’d probably get the answer right in an off-handed comment in the last moment of the game.

Either way, it’d be a fully entertaining evening for me at least! 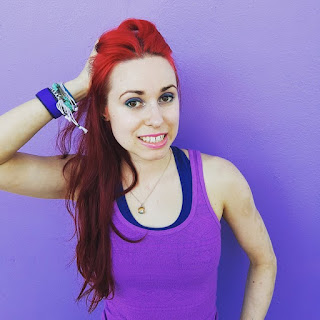 F.M. Boughan is a bibliophile, a writer, and an unabashed parrot enthusiast. She can often be found writing in local coffee shops, namely because it’s hard to concentrate with a cat lying on the keyboard and a small, colorful parrot screaming into her ear. Her work is somewhat dark, somewhat violent, somewhat hopeful, and always contains a hint of magic. 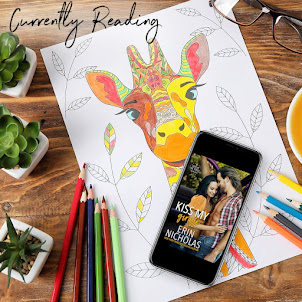