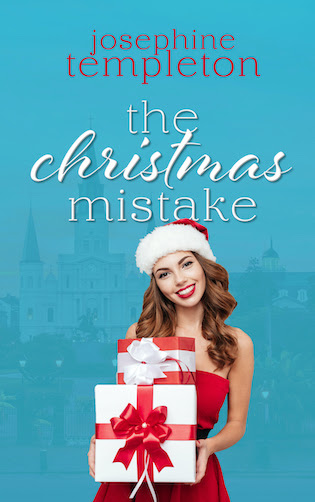 Dressed in nothing but Christmas lingerie, Carina has a bellhop deliver her in a gift box to her fiance’s hotel room, but the last thing she expects when she is unwrapped is to see a sexy stranger in holiday boxers who looks like he just stepped off a magazine cover – definitely NOT her fiancé! How in the silver bells was she delivered to the wrong room?

As the owner of a small flower shop, Carina’s surrounded by romance on a daily basis. Her workaholic fiancé has been distant for the past several months, so she decides to drive from Baton Rouge to New Orleans to surprise him on Christmas Eve. However, that distance between them has brought loneliness, and the mere thought of the sexy stranger plucks at her mistletoe. When she discovers the reason for her fiance’s lack of attention, will she put him on Santa’s naughty list and take the stranger for a sleigh ride?

In 2014, the idea popped in my head … a woman in a gift wrapped box in front of a hotel door. I was working on my Urban Fantasy, so the idea was placed on a back burner.

Every Christmas season would spark more ideas for the story. I wrote a chapter here and there, but it wasn’t until 2017 when I had shoulder surgery did I get the drive to get it done. While recovering, I watched tons of Christmas romances!

2) Are there any hidden (or not so hidden) themes in the book that you hope readers will discover?

Just the flavor and style of Louisiana – from New Orleans to Baton Rouge!

Maybe unconsciously but not intentionally.

Heather Graham!  I spent many years going to Heather’s Writers for New Orleans retreat. She had many famous writers host workshops from David Morrell (author of Rambo) to little ole me. She is so friendly to everyone and shares her knowledge with all!

Jo Marsh from Little Women. I’ve loved this character since I first read the story when I was in my teens.  I relate to her on so many levels – name, spirit, writer, etc.

Anita Blake, Vampire Hunter from Laurell K. Hamilton’s book series because she would keep the game players in-line with her kick-butt self.

Lestat from Anne Rice’s novels, Interview With a Vampire, because he would make the game fun and interesting.

We would have to play Phase Ten, eat pizza and drink wine, beer and for Lestat – blood.

Never!  Books are the gateway to other worlds. They allow escapism from your troubles and worries.  They free your mind and clear your head. 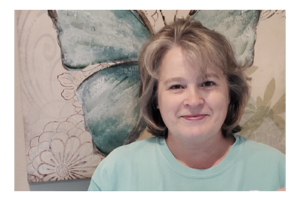 Josephine Templeton has six published novels that range from historical romance to urban fantasy. She has been to numerous conferences, including Heather Graham’s Writers for New Orleans, as well as a former member of Romance Writers of America. 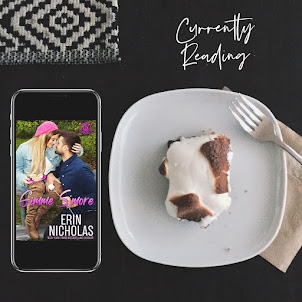