Nat leaves her home, Dome 168, just as they begin to colonize on the outside. She travels with Evan to his home, Dome 569, to deliver a replica of the immune serum and allow Evan to report back to his mother, Caroline. But when they arrive, members of the “New Order” take them into custody and Nat and Evan are separated, once again.

Thankfully she is reunited with her uncle, Alec, who takes Nat under his protection. But Nat has a lot to learn about Evan’s home, a progressive dome that colonized on the outside over a decade ago. There are many rules in Dome 569 put in place by Caroline; some that come with sharp and sometimes deadly consequences when broken. Here, Nat learns of the struggles that can come with change, and how tearing down the old ways doesn’t always make things better overall. In the process, she uncovers truths that could tear down the kingdom Caroline has sacrificed to protect, and in turn puts Nat at risk.

Will Nat be able to protect Evan from the lies, or will he succumb to them for the sake of his family, just as his mother did many years before? As Nat uncovers the secrets of Dome 569, will she be willing to give up her morals and values to pay the price for freedom, or die fighting for what she believes in?

"Here Skies Surround Us" on Goodreads! 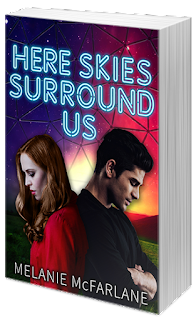 OTHER BOOKS IN THE SERIES:

"There Once Were Stars" on Goodreads!

I’ve always loved to read and use my imagination to create stories. Over the years I’ve indulged in gaming, movies, and other entertainment, but I’ve always came back to books. When I finally had my own story idea, it just kind of took off, and I never looked back!

2)    What was the hardest part of writing this book?

Sequels are a little harder than first books, because you have to try to continue to develop your characters from book one, while keeping an overall story arc. But I have to say, I fell in love with Here Skies Surround Us instantly… almost (dare I say) more that book one!!

3)    Did you learn anything from writing the book that you weren’t expecting?

I really focused on learning how to deepen my characters internally and externally. A character needs to develop over the life of a series, and Nat and Evan were no different.

4)    Who is your favorite author and what it is that you enjoy about their work?

My favourite all-time author is Ray Bradbury. He was my introduction to dystopian worlds.

I’m not sure I want to hang out with any of my favourite bookish characters in real life!! Haha. I like my books a little on the scarier side. Hmmm… maybe Blanca from Genesis Girl by Jennifer Bardsley, Cassie from Of The Trees by E.M. Fitch, and Chelsea from Gyre by Jessica Gunn. We could all sit around and watch some Grey’s Anatomy talking about how much the boys in our lives drive us bonkers!! 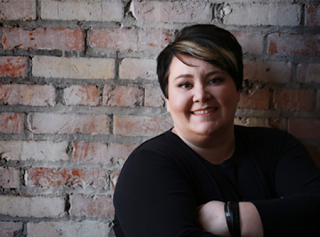 ABOUT THE AUTHOR
Melanie McFarlane is a passionate writer of other-wordly adventures, a little excitable, and a little quirky. Whether it’s uncovering the corruption of the future, or traveling to other worlds to save the universe, she jumps in with both hands on her keyboard. Though she can be found obsessing over zombies and orcs from time to time, Melanie has focused her powers on her YA debut There Once Were Stars, and her YA urban fantasy Summoner Rising.

She lives with her husband and two daughters in the Land of Living Skies.

And check out the full Blog Tour Schedule for "Here Skies Surround Us"!

#McFarlaneBooks
Posted by Jen Lapa at 11:43 AM 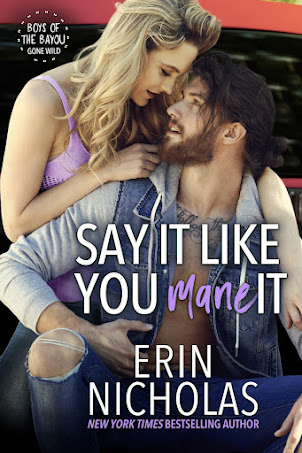 "Say It Like You Mane It (Boys of the Bayou Gone Wild, #6)" by Erin Nicholas